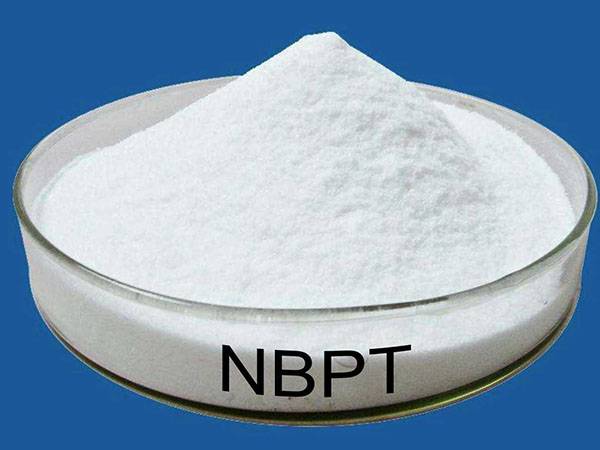 NBPT is currently one of the most effective urease inhibitors in the world. Nitrogen fertilizer is the most widely and important fertilizer type in modern agriculture, and urea accounts for more than 2/3 of the total nitrogen fertilizer. Under normal circumstances, urea is quickly decomposed by urease in the soil, the utilization rate of urea is usually only 30%-40%, so the fertilizer effect period is very short. This not only wastes a lot of nitrogen fertilizer resources, increases planting costs, but also brings a series of problems such as soil knots and environmental pollution.

Urease inhibitors can inhibit the activity of soil urease, which can inhibit and slow nitrogen release. The use of soil urease inhibitors can effectively slow down the process of urea decomposition into ammonia, reduce the concentration of NH4+ and NH3 in the soil, reduce waste, and at the same time Extend the diffusion time of nitrogen fertilizer at the fertilization point, so that the fertilizer supply of the soil and the fertilizer demand of the crop are synchronized. Thereby increasing the effective utilization rate of nitrogen fertilizer by 30%-40%.

1、Does not produce toxic effects on plants.

3、There is no residue in the harvested agricultural products.

4、There is no risk to the soil, microorganisms, water bodies, humans and animals.

5、There is no leaching in the soil.

NBPT can be mixed with urea and applied to the soil directly after dissolving it with a flux in the proportion of 3-5 ten thousandths of the urea used. The half-life after entering the soil is 7 to 8 days, which will not affect the next crop. The final decomposition products are mainly ammonium, sulfate, phosphate, etc., It has no negative effects on soil, microorganisms, humans, animals, water system, etc. It can also be processed into a long-acting slow-release compound fertilizer through a certain process in an appropriate proportion. This long-lasting fertilizer containing NBPT is mainly used in field crops and some long growing period vegetables, orchards, trees, corn, wheat, palm trees, etc.

NBPT is currently the world’s most advanced urease inhibitor with excellent effects, wide application and high cost performance. At present, it is widely used in the United States, Brazil, Germany and other countries. It is an excellent soil nitrogen fertilizer urease inhibitor.